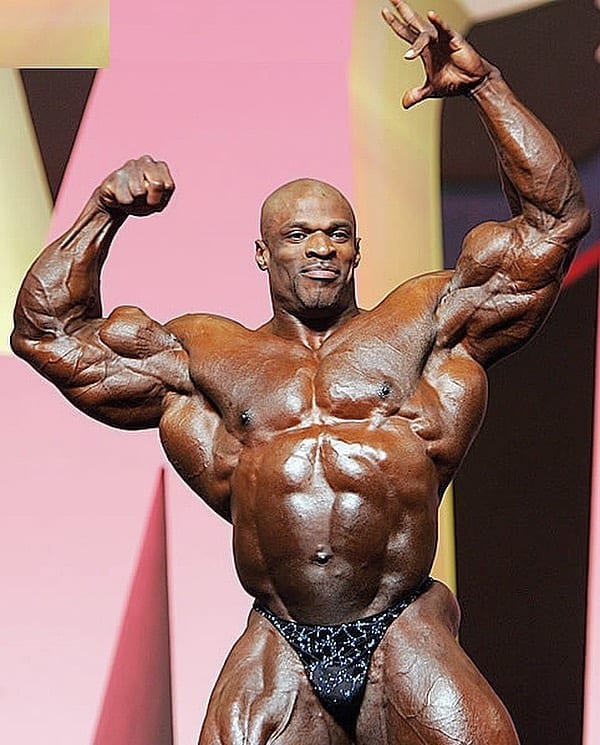 Name of Ronnie Coleman is forever in the history of the sport. This truly great man changed bodybuilding standards and became a real legend. The man who managed to cross all physical limits, creating the body of a muscled monster will always inspire sportsmen.

Ronnie left the Olympia stage more than a decade ago, however, even now he’s not forgotten. Moreover, these days when the contest is widely discussed, his name is heard especially often.

The sportsman who managed to win the greatest bodybuilding contest 8 times could not ignore the Olympia week. Now Ronnie is all with the competition and its contestants. No wonder, he feels nostalgia now, thinking about the great times he used to have at the stage.

Ronnie confessed that thinking about the Olympia makes him more motivated for training. Even now after his surgeries, he keeps working on creating a better body. The sportsman told that his current aim was making his legs and arms looking bigger.

Unfortunately, Ronnie can’t return his former physique. However, day after day he makes his fans wonder with his new achievements. Now Ronnie works in a gym five times a week and he looks much stronger than a couple of months ago.

No doubts, nothing is going to stop Coleman from doing things what he really loves. He’s not going to leave the sport and promise to amaze us with his further progress. The sports legend is now promoting his autobiography where he describes his life and shares some professional secrets.

We are exactly one week away from the Mr Olympia. Been working on my conditioning lately. Now all I have to do is add about 3 to 4 inches on my arms and legs and I’ll be ready to step on stage once again. Well maybe 10 inches on my legs. Well if I can do that by next Saturday I will definitely be on stage competing. Something I think is impossible to do, oh well it was a good thought for a minute there. That’s probably as close I’m gonna ever get to competing again. In the meantime I’ll just stick to trying to get in better shape. I will be at the Olympia expo signing copies of my newly released book, My Incredible story, Blood, Sweat and Muscles. It took that and a whole lot of Sacrifice and total Dedication to win 8 Olympia’s and 18 other bodybuilding championships. #teamrcss #yeahbuddy #rcss #aintnothingbutapeanut #lightweightbaby