Home Celebrities and Steroids Triple H steroids: How To Get A Body Like A WWE Superstar 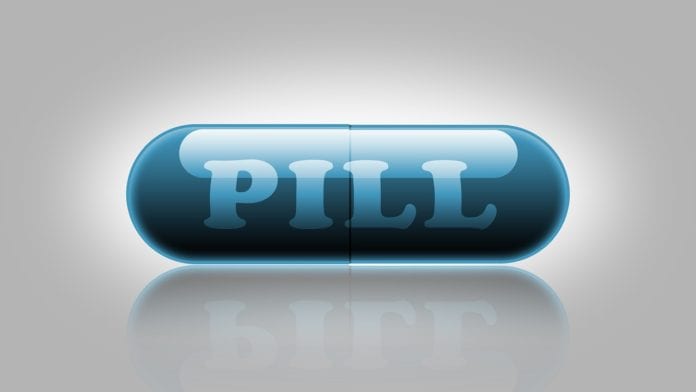 So how long could we wait before we did the self-proclaimed King of Kings, The game, Triple H?

Here we are going to discuss and go into details on what it takes to get a body like HHH. And we’ll do a more unique look. HHH has had two very different phases. After his quad injury, many of us noticed he came back bigger than ever. After his second quad tear, I was genuinely excited to see how big he’d be, since the first time he’d put on at least 40lbs of mass during his off time.

When he returned he was about 20lbs lighter and had a GREAT lean look to him.

In this article we’ll discuss his training, his diet, and of course, what he took to get so big.

First, let’s have a little look at his background. Many of you might be surprised to know that he started weight training at the ripe age of 13. Yes, that young!

Paul Levesque AKA HHH was born in Nashua, New Hampshire on July 27, 1969. In his youth, he was a fan of professional wrestling. In fact, he named his favorite wrestler as Ric Flair. Levesque/HHH became interested in bodybuilding at the age of thirteen. After graduating from high school in 1987, Levesque/HHH decide to enter several bodybuilding competitions and he was crowned Teenage Mr. New Hampshire in 1988.

So one thing we know for sure is HHH certainly has a lot of experience with bodybuilding. This shows in his physique, even at the age he has now. He has a body many would die for. But how does he attain such a body and keep it during such a busy schedule?

HHH, besides when he tore his quad for the second time and came back with a very impressive lean body, has, well, always had a bit of chub. He’s known as a big eater. He obviously uses growth hormone, hence the bloat, and I believe he’s a fan of the high carb diet, lower fat. (Unlike myself)

But this has worked for him. As for the type of training HHH does?

Basically, he does chest and back, tricep and bicep etc. One of his favorite things to do is the bench press. He’d then take a minute’s break and do a set of bent over rows. He’d then go back to benching, and then rows. He’d continue this for the “main sets,” as he calls it, before going on to isolation exercises such as flies, and cable rows.

He’s also let it be known he’s a fan of the “drink milk” theory. Again, something I’m not. But I suppose if you are on the anabolics he is, you can get away with it and get the calories required.

Now to the juicy stuff: What does HHH take? Well, it’s well known, hell, even the Ultimate Warrior has called him out over the HGH. (HGH = Human growth hormone and will be labelled as HGH for the rest of the article)

HGH is extremely powerful. Why? Because it builds LEAN mass and it burns fat off you. Yes, it BURNS it off you.

One of the athletes we trained was a power lifter. He was setting world records. After he’d decided to retire from competing, (not training, this is something he would never do, as many of us are, he was addicted) he decided he wanted to cut the fat. While he had a lot (and I mean A LOT!) of muscle, it was, unfortunately, covered up by around 55lbs of fat.

He used a lot of Anadrol cycles as well. He loved Anadrol so he had the “Bloat” look on his stomach. Anyway, he did another cycle of Testosterone, Deca, and Anadrol. (Yes, I know, quite a powerful one, to say the least)

With one exception—He added HGH. Within 4 months you could see the top 4 abs. I was gobsmacked. Within 8 months all 6 were visible, and he was still eating like a pig.

Sure, he had a lot of muscle mass… More than 95% of the population, most likely, so this will have helped with the fat burning progress. But what can’t be denied are the effects that this drug had on him.

Now let’s fast forward to HHH. He clearly uses Testosterone, Deca, etc. But there’s no doubt in anyone’s mind he uses HGH and is one of the biggest users in the WWE of this drug. Let’s look at how his body has changed from this picture

Quite dramatic, isn’t it?

Also, bonus advice, if you feel HGH is a bit too expensive for you. Why not try out GHRP-2 or GHRP-6 the effects are very similar, and you can get it at a fraction of the price. I’m a huge fan and believer of these.

So now we are off that, what steroid cycles do I believe HHH is on?

Well, we’ll discuss two different cycles. First his “return cycle,” after his first quad tear. As seen in the photos he is absolutely massive. The cycle he used will have been something like this

Obviously a good PCT would of followed. I believe he arrived during the “peak” of his cycle too, as he didn’t keep his build for that much longer after his return. (About 3 months)

And yes, he will have used HGH the entire time.

The next dramatic “change” to his body came after he re-tore his quad. As stated earlier, I was extremely excited to see HHH return, and wondered if he’d be as big, if not bigger than before. I was shocked when I saw him return leaner than ever. His bloat completely gone, and he looked like a lean machine as seen in the photo.

The cycle I believe he used for this one was.

And the changes are quite dramatic.

I hope you’ve enjoyed this article and found it to be a good read.

Triple HHH has always had an impressive physique and this was a fun one to write. If you’d like to see me do one about another WWE Superstar or Athlete of choice, be sure to comment below!