Yamamoto Pro Cup is a great chance to bolster self-esteem for those sportsmen who didn’t manage to show the desired result at the Olympia competition. Moreover, Yamamoto Cut is also a nice platform for some professional debutants to start their career from a great point.

Being held a few weeks after Olympia, Yamamoto Pro stays in the shadow of the greatest bodybuilding competition. Nevertheless, it’s worth some attention and can be interesting for many bodybuilding fans.

This year it attracted a lot of visitors who came to see the amazing performances of Breon Ansley and Roelly Winklaar. Both sportsmen were one step away from the first place at the 2019 Olympia, there was not a single gram of belly fat in their bodies

The contest was also joined by Nathan De Asha who had to miss the Olympia due to some legal issues. Nathan managed to take the second place, proving his fans, he’s not going to give the sport up even in the hardest time. With such a set of talented bodybuilders, the event was destined to become sensational. 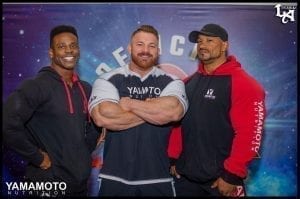 The full list of participants and their results are posted below. 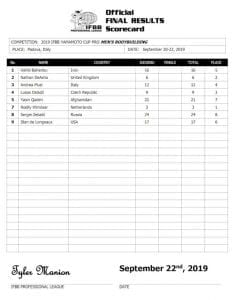 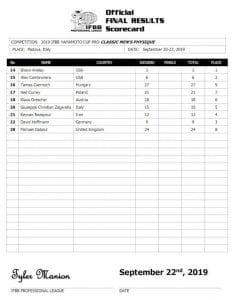 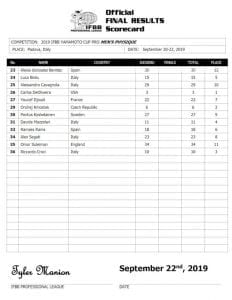 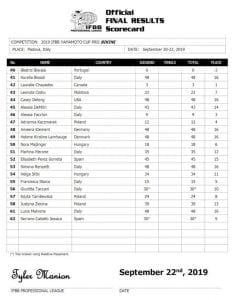 Primobolan is used as a cutting agents during cutting cycles and for contest prep in bodybuilding! Primobolan is popularly identified as the injectable version of...
Bodybuilding

Jeremy Buendia Is Back To Gym: The Ex-Champ Tells How It Feels After A Long Break

Even 4-times Olympia champions have reasons to stop training for a while sometimes. Jeremy Buendia is back to the gym and ready to tell...

Way Of Shanique: What We Know About 2018 Miss Olympia

Shanique Grand was a real diamond on Olympia stage this year. The sportswoman has great proportions and physique. She amazed visitors and judges of...

If you’re looking to pack on solid LEAN muscle mass, then this is the article for you. Let’s be honest with ourselves… There’s a lot...

Shawn Rhoden Showed How He Looked 20 Years Ago

What does push people to watch some old photos and speaking about some great memories? No matter how far you have gone, it’s always...

Tony Ferguson May Get a Chance to Become Next UFC Champion

The main UFC fight that was organized as a meeting of two popular sportsmen Khabib Nurmagomedov and Conor McGregor ended with a great victory...

William Bonac Is Going To Return His Champion Title in 2020

William Bonac has impressed the sports society with his amazing physique at 2019 Arnold Classic that was held in Ohio (The USA) just a...

Kai Greene is an amazing example of a sportsman that has never been an Olympia champion but got more success and popularity than many...

Side Effects Of Steroids

There is great prestige that comes with being an athlete; the lifestyle, the money, the endorsements and the fame. If you think of athletes...

After Courtney King retired from the Ms. Bikini Olympia competition, many other talented ladies started to represent the division. Each of them seemed to...