What do we see looking at successful bodybuilders? We admire the incredible physique they demonstrate, however, we know almost nothing about tons of hard work standing behind each success.

Listening to life stories of great bodybuilders can be boring but it gives us a clearer understanding of what bodybuilding really is and which principles work for it. Someone’s speech can make us more motivated and give us a supporting message: ‘Hey! You are not the only one facing all these troubles.’.

Flex Lewis decided to tell his own story, showing his real personality – not the image we see on posters and at the stage. Here, we share some extract from a recent Flex’s interview for the Wales Online magazine.

Flex didn’t plan to be a bodybuilder. He was a rugby player and got his nickname there. Lewis started to visit a local gym to develop bigger muscles and greater power that could be useful for his rugby career.

However, the gym owner promised a free membership for those who take part in a local bodybuilding and powerlifting contest. Flex tried and won first place. His sports plans went upside down. He started training to become a better rugby player and became a professional bodybuilder, starting well-prepared by rugby. 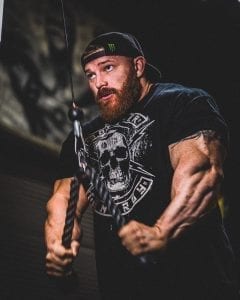 Story of Lewis could never be so incredible if there was no Internet at his time. Right after his first victory, he was invited to the USA by the owner of Gold’s Gym. This became possible after Flex’s photos were posted on the Internet and were seen by many people, including his potential partners and investors.

Lewis was invited to a dinner where he could sit next to Hulk Hogan and Jean-Claude van Damme. That was the best motivation. He decided to do anything to become successful: ‘I wasn’t given any blueprint of how to become a bodybuilder. I just decided to give it my all.’

The Secret Ingredient of Great Success 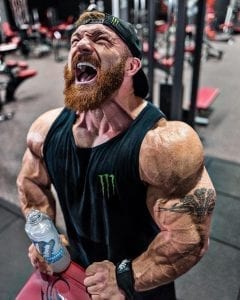 Flex told that the only way to reach success is great self-control and discipline. Professional training is not always about joy and desire, sometimes he had to force himself to exercise. 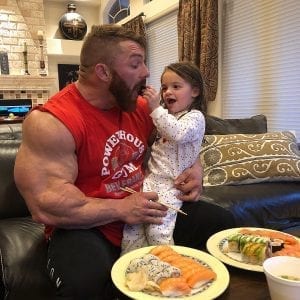 Flex understands that no matter how good he is, his bodybuilding career will finish soon. That’s why he tries to earn in different spheres. Flex tried acting for films and entertaining shows, however, he did not enjoy it.

He plans to start his own project in the future. Today he has a good income from investments he made about 10 years ago. ‘I pride myself in knowing what I’ve gone through. My family will never have to go through. They’ll be financially secure for life.’.