Britain has celebrated the new bodybuilding king a day before. The contest that was held in Watford (UK) became a really bright and spectacular battle for the champion title. British sports event united best bodybuilders from European countries.

While the contest is still not among the most popular sports events, it was organized excellently. Guests of the Battle of Britain were really impressed and intrigued by the great performances of the participants.

There were many talented sportsmen. However, Nathan De Asha managed to impress everyone with his great physique and incredible posing skills. He is the new British champion this year. 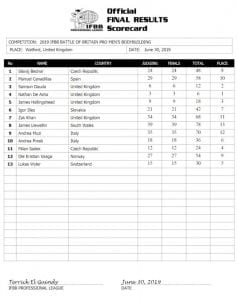