Flex Wheeler is an outstanding character in bodybuilding that is familiar to nearly every sportsman on the planet. Unfortunately, Wheeler faces a life-threatening problem this time and he can hardly cope with it without some help from his colleagues and fans.

Flex suffered from kidney disease and had to undergo several medical manipulations that saved his kidney, however, led to serious issues with his veins. A clot blocked blood vessels in his leg and after many attempts to save his limb; the doctors took a decision to amputate the leg.

Unfortunately, the situation is far from being solved and Flex still needs medical help. Moreover, now he’s obligated to pay some bills that are around 120 000$. After long months of fighting for life, such a sum may be simply impossible for the sports celebrity.

Following his good tradition, Dennis James decided that he couldn’t stay apart from the problem. Dennis started a GoFundMe account and asked all his colleagues, friends, and sports fans to support the great bodybuilder in his worse times.

Dennis wrote: “Between the surgeries and lengthy hospital stays, Flex has been unable to travel for work these past many months and is now faced with insurmountable medical bills.

In an effort to help Flex through this difficult time, I have started a go-fund-me account and it is my hope that together we can help Flex through his rehabilitation and look forward to seeing him again when he resumes his travels.”.

If the bill is not paid, it may lead to a very negative consequence for Flex Wheeler. The sportsman will not be able to receive in-time medical help if it is necessary for the nearest future. Dennis insists that the true fans of bodybuilding shall unite for saving the legendary bodybuilder from the crushing debt as soon as possible. 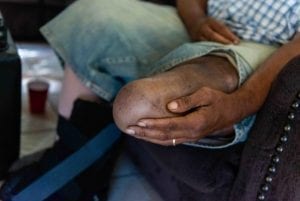 Previous articleBullying Is Not Cool: Phil Heath Speaks Up to Protect a Transgender Bodybuilder Janae Kroc Amidst
Next articleBodybuilding Fans Are Sad: Sports Legend Jusup Wilkosz Passed Away

A young age and lack of substantial bodybuilding experience did not prevent this guy from building a well ripped, strong body.
Read more

Will steroids help you lose fat?Steroids are widely used for medical purposes to treat a wide range of...
Read more

How to get ripped bodyDrying the body is a decrease in the percentage of subcutaneous fat in the body...
Read more

When you exercise, your blood pressure rises and your veins are pushed closer to your skin. Once your blood...
Read more

Rafael Brandao looks like a sportsman who has everything to win: great physique, strong character, amazing posing skills, and strong ambitions. He...
Read more
Copyright © 2020 JBH News. All rights reserved.